The only thing more fun than this is getting out and doing it yourself.  Get inspired and get out there. 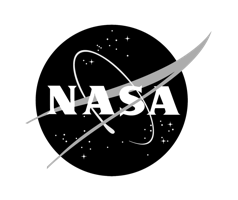 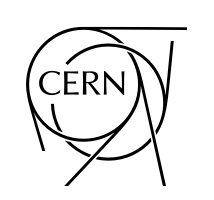 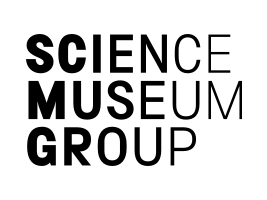 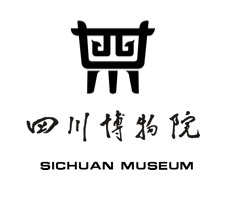 From the very beginning…

In collaboration with CERN and narrated by Tilda Swinton

The Big Bang in AR

Go back to where it all began in augmented reality

…humans have tried to learn more about the world around us

9 ideas that changed the world

The lightbulb moments that enlightened humanity

Did life come from outer space?

And other explorations by the Indian astronomy hero Govind Swarup

…and invent things that shape our world

The strange and ancient story unfolds

Who invented the toilet?

Take a seat and find out

Who invented the toothbrush?

Brush up on the truth

Who invented the internet?

A long-sighted look back in time

Who invented the compass?

Navigate the truth behind the needle

Get possession of the facts

The epic rise of the eggplant

It’s all summed up here

And will it really trigger a revolution?

Who invented the computer?

Here’s the story, bit by bit

Who invented the sewing machine?

Here’s the story, all sewn up

Who invented the fridge?

Put everything on ice and find out

The notable story of nothing

Who invented the battery?

Power through the story of portable energy

How does CRISPR work?

The lowdown on science’s big watchword

The touchy-feely story of a new language

Inventing the new school: the origins of kindergarten

Who invented the espresso machine?

Wake up and smell the coffee

How getting around got easier

Putting a spanner in the works

How tools (literally) shaped our world

Heat of the moment

The surprising story of the humble radiator

The story of the remote control

The smashing world of glass

Giving the people what they want

When humans learnt to fly

Take off with the major pioneers in the history of aviation

Putting pedal to the metal

Take a spin through the history of the bicycle

Ringing in the changes of communication

The uplifting story of the bra

1,500 years of the supporting garment

The story of radio and wireless transmission

The history of the umbrella

An exclusive documentary with Cai Guo-Qiang

Pushing gunpowder to the limits

But the road hasn’t always been easy…

Why the cheeseburger almost didn’t happen

Did you know… In the 1950s, Alfred Fielding and Marc Chavannes were trying to make 3D plastic wallpaper. It was a complete failure. Today, we know it as Bubble Wrap.

Some people even lost their lives along the way

THE SKY’S NOT THE LIMIT

The aviation pioneer who mysteriously disappeared

Amelia Earhart: the first female aviator to fly solo across the Atlantic

The nurse who gave herself yellow fever to save others

The scientist who carried radioactive radium in her pockets

“I am just going outside and may be some time”

The tragic and inspiring stories of Antarctic explorers

Did you know… Marie Curie’s notebooks emit such dangerous levels of radioactivity that they still have to be kept in lead-lined boxes today.

…and overlooked figures have often changed the world

5 natural history trailblazers you may not know

Unsung women who paved the way for future generations of scientists

The European ideas that actually came from the Middle East

A long history of sharing knowledge across borders

The story of the first computer programmer

How Ada Lovelace traded in poems for coding

Stars of the Muslim Golden Age

Forgotten pioneers of math and science

How a Parisian magician became a film-making icon

The story of Georges Méliès

The man who created something in your pocket right now

Self-taught experimenter and inventor of the smart card

A life of firsts

4 African American inventors you should know

It’s time to remember the forgotten women scientists of history

Broadly Editor Zing Tsjeng on filling in the gaps of history

The inspiring story of Chien-Shiung Wu

How Mae C. Jemison overcame the odds to go to space

How programming pioneer Ada Lovelace was ahead of her time

Rebel with a cause

Sarah E. Goode: the first African-American woman to get a patent

The struggle to find radioactive polonium

For millennia, people have looked up and pondered the big questions…

From the Mystic Mountains to the Dragon galaxy

Arabic in the sky

Astronomy a thousand years ago

The sky’s the limit

Women in astronomy and space exploration

Things are looking up

The amazing history of the telescope

Shining a light on the depths of space

The final frontier on film

The strange magic of Jantar Mantar

How astronomy took over pop culture

Beauty and discovery on the Red Planet

How Warren de la Rue captured an eclipse on camera

Combining the telescope and the camera

Photos of Saturn from the Cassini spacecraft

A love letter to the ringed planet

How the world’s largest radio telescope came to be

Looking for life beyond Earth

How NASA is addressing one of the greatest mysteries of all

See what happens when machine learning meets 127,000 images from the NASA archives

Step inside a space shuttle in VR and

Buckle up for lift off

…looked inside and examined the tiny building blocks of everything

Life through a lens

A look at microscopes and telescopes

How we discovered what the world is made of

Popping the hood on life’s structures with x-ray crystallography

Oops! The accidental discovery of x-rays

The mystery of the ‘x’

Why particles matter: electrons, nuclei and the ‘strange particle’

The particular history of particle physics

How to look inside a human

From microscopes to microbubbles

Why can a gecko walk on the ceiling without falling off?

And more secrets from nano- and bio-technology

A stroll through CERN’s secret spaces

The LHC and other machines normally closed to the public

A glimpse into the world of biomedical imaging

How one man saved his village

The ingenious method of rainwater harvesting that defeated drought

Hero of the forest

Eye-opening innovations that started with Aha!

TECH WITH A PURPOSE

Six apps that could save your life

Life-changing services brought to life by the mobile phone

How pine needles could save the world

Harnessing the power of pine needles to create clean energy

How to create a river of ice

TECH WITH A PURPOSE

Weird and wonderful ways to improve our air quality

From kites to cars: working together to solve pollution

THE FUTURE OF HOME

Could we live on Mars?

THE FUTURE OF TECH

THE FUTURE OF ROBOTS

Will you be replaced by an android?

The future of human-like robots

THE FUTURE OF FOOD

What will we eat in the future?

From vertical farming to edible food packaging, what is the future of food?

THE FUTURE OF ROBOTS

Will robots take over?

How robots influence our lives and thoughts

THE FUTURE OF HOME

Could we live in deep space?

5 British scientists on the tech of tomorrow

The science of tomorrow: Dr. Gadget

The science of tomorrow: The shapeshifter

The science of tomorrow: The sensational extra sense

The science of tomorrow: Channeling the elements

The science of tomorrow: Extraordinary x-ray

How will you help shape our future?

Inspiration from the next gen

From banana plastic to socks that make you safer: take some tips from the Google Science Fair winners

What does it take to be an inventor?

Two inventors on how they approach their work

Explore Once Upon a Try

Discoveries that have changed the world and saved lives

The pioneers you should know

Back to the future